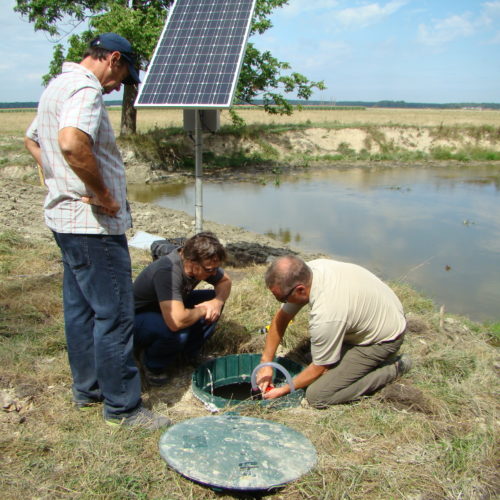 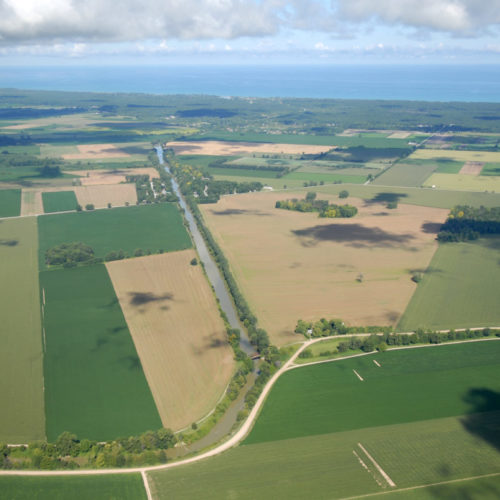 A wet and rainy spring has left water levels in Lake Huron and Georgian Bay well above their long-term average, and they are continuing to rise.

As of Tuesday, the water levels on Lake Huron were 41 centimetres above average, the highest they have been at this time of year since 1997.

“They are high for sure,” said Derrick Beach, a senior water resources engineer with Environment and Climate Change Canada. “It is at levels where you have to go back to the late 90s to see higher levels.”

Beach said at the end of June the levels in the basin — which includes Lake Michigan, Lake Huron and Georgian Bay — were 34 centimetres above average, the highest they have been since 1998, which marked the tail end of a period of high lake levels.

Beach said in June alone, the water levels on Lake Huron rose 12 centimetres, when on average they rise five centimetres.

“That is due to the precipitation you are seeing,” Beach said.

From July 1 to 18, the lake rose another three centimetres. Usually in the month of July is when the lakes level off and start to decline through August and into the fall.

“The fact that it is still rising is an indication we are getting the wet weather,” said Beach. “It has been very wet from April right through to now.”

The high levels in the late 1990s was followed by a slow decline over the next 15 years to where the lakes reached record lows in December 2012 and January 2013. The lakes then again began to rise, reaching their average levels in September 2014.

“They kept rising and stayed above average since then,” said Beach. “It has taken another jump up since then, through June and July.”

Along with the wet weather over the basin, it has also been wet in the Lake Superior basin as well, which affects the levels in Lake Huron and Georgian Bay, Beach said.

“You are getting the higher outflows from Superior as well,” said Beach. “It is kind of that whole cascading effect.”

All the Great Lakes are experiencing higher levels and remain above average. In May, Lake Ontario reached its highest levels since records started being kept in 1918. That has led to flooding in communities that sit on the lake as well as on the St. Lawrence River. Lake Ontario peaked on May 29, and has dropped 18 centimetres since then, but still remains above the record high for the time of year.

Beach said the lake levels are expected to remain above average at least for the rest of the year.

“They are going to stay above average right through to December,” said Beach. “Even if we got pretty dry conditions, it is not going to bring it down to below average.”

Erinn Lawrie, executive director of the Lake Huron Centre for Coastal Conservation in Goderich, said Tuesday that with the rising water levels they are hearing growing concerns from property owners and others who use the shoreline.

“Quite a lot of people are having issues with erosion on their shoreline properties,” said Lawrie. “There are concerns as well that people don’t really have the beach space they are used to having. They have a really narrow beach and plants are growing right down to the water so there is a reduced space for people to use their own shoreline.”

Lawrie has also heard concerns that in places like Sauble Beach, the higher levels have narrowed the amount of space available for beachgoers.

Still, Lawrie said the fluctuating levels are normal and can actually be a good thing for the lake’s coastal environments.

“We are going to see maybe even more extreme changes between highs and lows with climate change happening,” said Lawrie. “Actually a lot of ecosystems along the lake actually depend on changing lake levels for their health.”

Lawrie said the seedbank in a coastal wetland is able to germinate as lake levels drop, allowing new wetland plants to grow, improving the biodiversity of the wetland.

“As lake levels come back up again they kill off any woody trees and shrubs that are growing so it maintains that open wetland environment that a lot of different species and species at risk depend on,” said Lawrie. “Overall we do like to see the fluctuating lake levels but we do understand it can cause a lot of concern for people who do use the shoreline.”